The RBI’s mandate to enable interoperability between full-KYC wallets and prepaid payment instruments (PPIs) has led to uncertainty among fintech companies, according to a Hindu BusinessLine report. The deadline to comply with this mandate was earlier this week.

Retail giant Reliance pointed to mounting dues worth $634 million as a justification for its abrupt takeover of some of Future Retail’s stores, Reuters reported. In a company letter, Reliance said that it took these significant steps in order to ensure that there was “no impediment” that could hamper its deal with Future Retail.

Logistics startup Delhivery has formed an alliance with Reliance-owned retail and clothing e-commerce site Ajio for enhanced customer experience. The association will address the problem of low-quality returned products and ensure that they are repurposed for sale, The Hindu reported.

A Mumbai metropolitan magistrate’s court granted bail to Akash Suyal, an 18-year-old who is accused of making lewd comments about women on social audio app Clubhouse, according to The Indian Express.

A group of Facebook engineers discovered a “huge ranking failure” that exposed as many as half of all News Feed views to potential “integrity threats” during the last six months, according to The Verge.

According to an internal report, the engineers first spotted the problem last October, when a sudden flood of disinformation began streaming through the News Feed, boosting views by as much as 30% globally.

EU Regulators are trying to revise Regulation 1/2003, which has been in effect since 2004, and targets corporations that abuse their market position or form unlawful cartels, to make them more efficient, according to EU antitrust chief Margrethe Vestager, Reuters reported.

The regulations have also permitted the EU competition enforcer to take after car parts cartels, banks’ financial benchmark manipulation, and other illicit price-fixing organisations, putting the EU agency at the forefront of antitrust enforcement.

Apple’s Business Essentials subscription service, which was launched late last year and released in a restricted beta mode, is now accessible to any small business, The Verge reported. This is Apple’s vertical integration of device management and cloud storage under the Business Manager platform, it added.

Lawsuit against Binance tossed out by US judge

A lawsuit accusing cryptocurrency exchange Binance of breaking US securities laws by selling unregistered tokens and failing to register as an exchange or broker-dealer, was rejected by a federal judge, as per Reuters.

US warned companies about Kaspersky, the day after invasion

The Biden administration began informally warning certain American corporations the day after Russia invaded Ukraine that Moscow could modify software produced by Russian cybersecurity company Kaspersky to cause harm, according to Reuters. 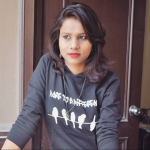