Yahoo.com’s chat service Yahoo Messenger was shut down on July 17, 2018. Users can no more access its services including chats, but will be able to download their chat history. Yahoo has recommended that Messenger users uninstall the app after downloading their chat history.

There is no immediate replacement for the service at the moment but beta version of a new invite-only message service called Squirrel is available for the users by Oath, a unit of Verizon that is responsible for Yahoo. The new app has features like separate chat rooms for different topics, private chats etc. As the service is invite-only, existing users can invite others and the rest can apply for an invite link by e-mailing squirrel.invite@oath.com. Squirrel is available for download on both iOS and Android.

Yahoo Pager which later came to be known as Yahoo Messenger in 1999,  was launched 20 years ago and was a game changer in real-time private messaging. The app also provided features such as mail alerts, file sharing, news service and was one of the most popular services for the decade.

Yahoo Messenger failed despite having a large number of loyal users.  The platform couldn’t keep up with the rapid transition of online communication from browsers to mobile phones. The app tried to keep up in the online messaging space by introducing an update in December 2015 but till then new messaging applications like WhatsApp and WeChat had taken over. Its role as news aggregator was taken over by the likes of Facebook and Twitter. So, as the audience drifted to other platforms, so did the ad revenue. The domination of Google and Facebook in the online ad space didn’t work well for the service which was primarily funded by advertisements.

Verizon acquired Yahoo back in 2016 for $4.8 billion which was later merged with AOL which will be running and promoting the Squirrel Messenger. 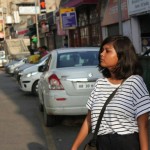