This is a response to LiveMint opinion piece How the Indian state is building a new generation of digital public goods. For the purpose of keeping it specific, I will restrict the response to UPI, and shall refrain from covering other products (Aadhar, Digital Certificates etc) built by India Stack.

UPI is an NPCI-club good.

I would be the happiest person if UPI is truly built as a public good. The perception that UPI is a public good comes from the fact that it is built by NPCI, a not for profit company formed by Indian banks under the aegis of RBI.

However, for anyone to build a payments app, they need to get a Payment Service Provider (PSP) license which can be bought only through partnership with banks. If one needs to start a bank, key to that lies with RBI. So, if I were to ride on the highway called UPI as a developer, I need to pay toll to these players (banks, who are members of NPCI), either one time or have a partnership agreement of some sort.

So in effect, UPI is an NPCI-club good, not a public good: one can operate inside UPI ecosystem, only if they are friends with NPCI club members. If UPI were to be a truly open public highway which anyone can ride, the barriers to ride can’t be this high. I am okay with UPI being a NPCI club good, but to call it a public good, or use phrases like “highway without toll” is incorrect and disingenuous. I am thankful to the author for bringing in reference to net neutrality in to the digital payments debate. The core argument of net neutrality is to not discriminate function (serving data packets) on the basis of entities (who or which sites), or for that matter, discriminate between producers and consumers of digital content and services.

Translate this to payments: the function (making payments) and its cost should be same irrespective of entities (Person or Merchant) in the transaction. Instead, UPI, in its current form, differentiates between payments based on user, and charges them separately.

Banks have already conveniently washed off their hands of the moral obligation of servicing payments at cost. Cheque leaves were priced at cost of processing a cheque, whereas in a digital world, cost of automated transaction (which costs a fraction of a Rupee) cannot be as high as Rs 10 per transaction, even counting the digital infrastructure costs.

For Person-to-Merchant transactions, the cost is even higher, implicit (meaning, the merchant will be settled after deducting a percentage fee called Merchant discount rate, from the customer). Now, the merchants will obviously pass this to customer, just like they have been doing for credit or debit cards. So here is a revolutionary system, which even though costs a fraction to make the payment, charges the same as legacy technology. The MDR might have been valid in era of POS terminals. In UPI world, both merchants and the customers have smart phones and the bank just runs the software platform. Why should payments still have “merchant acquisition”? MDR for banking transactions through UPI is actually an Expenditure Tax. A platform touted as public good cannot impose a tax silently under the hoods.

How should UPI be priced?

I am not asking payments for free. I understand that digital payments come at a cost. However, when calls are being made for cashless society, it is only fair that the cost and benefits of digitization are shared equitably between the state, the banks and citizens, instead of state and banks enjoying the benefits and citizens bearing the costs. The existing system of MDR for card payments does exactly that, and any system inheriting it cannot be just.

Banks are behaving the exact same way telecom operators have: They want the benefits of technology, free software, lower computing costs, but they want the customers to pay the same or higher cost, which is unreasonable. The banks will remain stuck in the past, with help from the RBI, only to be beaten by newer technology like blockchain based crypto-currencies, just like how Internet took over telephony.

UPI must be priced in terms of API calls (the actual cost of payments) and if UPI is touted as public good, every bank account holder, regardless of whether merchant or citizen, must be given sufficient API credits to perform day-to-day payments which will make it public good. Of course, the power user, who has more volumes (in terms of transactions, not the transaction amount), will need to buy extra credits (again at cost, nominal prices) and then buy extra services like analytics, data separately. Keep the basic transaction layer free of expenditure tax before calling it a public good.

If you want to make the platform attract innovation, lower the barriers for developers, make them earn and trade UPI API calls through their apps.

I wish UPI a grand success, one which should empower of every citizen, making payments cheap (just the actual cost), instead of becoming a cash cow for banks which fail to perform their core business (collecting back their dues from giant debtors)

– Govt to bear MDR cost for online payments – That could be probably biggest tax sop given by Govt — to the payments / banking industry.
– RBI Concept Paper on Card Acceptance Infrastructure
– Is merchant discount rate a game changer?

Srikanth is a software professional with interests in Internet, follower of Internet policy discussions, volunteers for multiple online campaigns related to Internet. He is also fascinated by FOSS, opendata, localization, Wikipedia, maps, public transit and occasionally contributes to them. He tweets at @logic 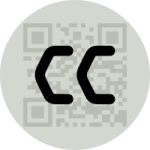