“There is only one kind of freedom and that’s individual liberty. Our lives come from our creator and our liberty comes from our creator. It has nothing to do with government granting it.” – Ron Paul.

Indicatively, I feel the same way about spectrum, it should be managed in a free market competitive ecosystem rather than the tight and biased control of the government.

As per the diamond-water paradox of value the contradiction is that water is far more useful and critical for survival but still commands much lesser price than diamonds in the market. Adam Smith presented this paradox and tried to establish that there is little relationship between price and utility: diamond has limited use or utility, still commands a high price. Understanding this further as per Subjective theory of value, the value of a good or a service is not determined by the inherent quality or the labor utilized to create it, it is dependent on the intent of individual who is willing to purchase it to achieve his goals through that product or service. Now this was a step forward from the Adam Smith theory.

If we look at the scenario for internet in India, consumers are paying around Rs 100 for a 1GB pack for 2G internet, and around Rs 250 for a 1GB pack for 3G internet. The broad level consumer complaint is that there is no annual pack for Rs 1,200 for 12GB pack for 2G internet, or Rs 3,000 for a 12GB pack for 3G internet. Rather, a 2 month pack for 3G internet, which should be a multiple of 2 on a one month pack (Rs 250 x 2=500 for 2GB for 60 days) is actually available at Rs 600 (Idea), which is a multiple of 2.5. This means that telecom companies want consumers to use monthly packs and not move to yearly plans at the same cost. Most internet plans are offered for one month, and now mostly for 28 days (Idea offers 300MB 3G at Rs 103 for just 21 days). The plan cost for most telecom operators is almost the same. This may be a case where the market has hit some kind of equilibrium or this may be a case of telecom companies may have a cartel for pricing (an assertion looking at pricing, no real proof available). There may be a technical reason for not offering annual or even 2 month packs for the same price multiple (on a monthly plan) for telecom operators (I am not aware of it). But in general trade, a bulk purchase should come at a lower price. For example, the satellite TV packs are cheaper for an year than for a month. The Idea 3G pack for 1GB for month, is for Rs 250 (all calculations rounded off) and for 2GB for 60 days is Rs 600. The cost per MB in the first plan is 24.5 paisa and in second plan is 29.3 paisa. Incidentally, as per unconfirmed reports, participating companies were paying Airtel Re 1 for an MB for part of being Airtel Zero plan (source: http://goo.gl/bg26gF, http://goo.gl/MlMLKs). Therefore, for a higher period plan, Idea is charging higher price per MB for a longer term bulk buy plan. The same is the case with all operators. The point to note is that without any marginal cost, there is higher per unit pricing on a larger unit plan for a larger period.

But if you want to buy more GBs in the same 28 day or one month period, the cost per MB is actually reduced. Take an example of Idea cellular’s base plan 3G pack for 1 GB per for a month – where the cost per MB is 24.5 paisa – if you want 2 GB in same period, it is for Rs 455 (instead of Rs 600 for a 2 month 2GB plan). In the Rs 455 plan, the per MB cost is 22.2 paisa – which is lower than 24.5 paisa (for the 1 GB 30 days plan). How is it that the telecom operators are able to provide more units of internet (MB/GB) at a lower price in same period and at a higher price in longer period? The reason is a very limited marginal cost for extra units of internet, and internet being close to an essential commodity for users today.

In a limited marginal cost ecosystem (with commodity being essential or high demand), to maximize profits you would want the demand and consumption to reside in a lesser time period.

But how are operators able to do this? Ideally the competitive pricing and free market ecosystem should be able to handle it. There may be price fixing and it appears to be a cartel (an assertion looking at pricing, no real proof available). The pricing and plans are fixed and there is limited competitive disruption. A telecom operator may argue that these are very low unsustainable prices. But these prices also discourage users to switch operators since everyone’s pricing is the same. These prices also indicate operators’ understanding that marginal utility of internet units over long period is higher and lower in the same or lesser period. But in reality that is not true. This seems like a fixed ecosystem, where consumer has limited choices, and consumer is discouraged to get into a longer period plan. This shows the power of operators with TRAI and the government either hand in glove with this, or allowing this to happen and not paying attention.

Should telecom operators make profits? Definitely, but in a free market competitive ecosystems where competitive companies win and consumer wins with best pricing and services. See the example of mobile phone manufacturers, a free market ecosystem has given rise to winners like Micromax and Xiaomi and consumers are enjoying great phones at lower cost. Taxi services like Uber have forced other service providers to shape up and offer better services at better pricing.

The telecom operators claim that they are paying billions of dollars to government and they need to recover that money. Is this right? Yes it is. The operators have all the rights to make profits. The government made $17 billion in 2010 spectrum auctions, and since then billions of dollars have been made in spectrum auctions every year (see all the money made here – http://goo.gl/ZPaFPG). This is a very important point and many will argue against it, but in modern day capitalism, “THE GOVERNMENT SHOULD NOT MAKE MONEY”. The government is not there to make money, if they want to make healthy profits, the business environment is going to get hurt for both businesses and consumers. Why should the government want to make money from these deals? Remember the early days of FM radio when government took hefty license fees, making FM radio business unviable for all businesses.

When government makes these hefty profits, who pays? First the telecom companies and then the consumer. And to make hefty profits, government throttles the bandwidth and spectrum making it a scarce commodity. Remember the diamond-water paradox solution, if you make water scarce, it will have higher marginal utility. By throttling spectrum, to earn more money, government makes internet scarce for the operators, who in turn make it scarce for the users. Government also allows limited businesses the opportunity to become internet service providers by putting base prices (in multibillion dollars), which is to make more money. It makes the market non-competitive and it is no longer the free market ecosystem.

What has all this got to do with Net Neutrality? The Net Neutrality debate started in the year 2007 when Comcast started throttling use of P2P networking applications as there was large data transfer. When the complaint was filed with the FCC, Comcast defended the interference with consumers P2P programs as necessary to manage scarce network capacity!

As per FCC, there are essentially three broad rules to protect net neutrality: No blocking, No throttling, No paid prioritization or no faster lanes. But does an Internet.org or Airtel Zero kind of plan, where some websites are offered free to surf from ISP, against FCC guidelines? Technically no!

In a paid package, there should be no faster lanes, but in a free package, there are no rules since it is free. Therefore, the Internet.org and Airtel Zero plans, ideally, should have no issues and should be allowed.

Again, the problem is scarce bandwidth. As per some experts, the operators with limited bandwidth will service the model which gives them more money. For example, if the unconfirmed reports are to be believed that participating companies in a zero plan pays an ISP Re 1 per MB as against 25 paisa, this is what the ISP or operator earns from the user today. The ISP or operator is bound to push more bandwidth in the free plans since they make more money out there. They will do this by pushing the current pricing by 4x or more – making a Rs 250 plan for 1GB/month to a Rs 1000 plan so that the consumer is forced to use the free plan. In the free plans, there will be clear biases and net neutrality will be compromised.

In a scenario where free plans exist and current plans prices do not change, net neutrality is not compromised. As per experts, due to limitation of bandwidth, that is impossible and operators are already geared up to push the model in the favor of free, where the playground will be driven by carriage fees. In that scenario, all websites have to pay money to the ISPs or operators for distribution, otherwise consumers will not be able to access their sites or apps. That can be very detrimental to the web/mobile ecosystem.

This entire scenario is actually abetted by government and TRAI. They are the real culprit, with the motive of making profit. If government makes profit, everyone suffers, the business and the consumer.

About Sandeep: Sandeep Amar is the COO of India.com. He has over 17 years of experience in managing PnLs, leading businesses, achieving brand leadership, business growth and market share objectives in sectors like Online and digital industry (internet, mobile), TV, Print, Banking and Finance. 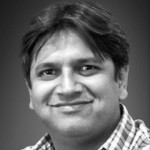