The online retailer Flipkart has, it seems, decided to stop delivering goods to the state of Uttar Pradesh above Rs. 10,000, including the National Capital Regions of Ghaziabad and Noida, says TOI.

While Flipkart said the decision was “purely business oriented”, insiders said there were numerous instances of customers ordering expensive goods on the cash on delivery scheme and refusing to accept their orders. There have also been cases of fraud in which lost or stolen credit cards were used to book orders online.

The portal’s shipment delivery staff in Lucknow, however, gave insight, saying there were incidents in which customers ordered expensive goods and then refused to accept them. Sources said many people logged on to Flipkart and ordered “just for fun”.

“It takes a minimum of 10 days to ship a product to a customer and back to the company if it’s not purchased. It causes loss to sellers, selling through Flipkart, as their products get blocked in transit,” a senior Flipkart executive told TOI.

You know I’m the skeptical sort, so the questions that plague me are:

Why wouldn’t they just ban cash-on-delivery in UP? Sure, you can make prank calls with a cash-on-delivery order and then refuse to accept the package with nothing lost – but to remove all orders sounds a little harsh. If I’ve already paid – with, say, netbanking, I might not be a risk at all. I don’t buy the “stolen credit card” line either – because you can delay shipping for two-three days on credit card orders (by that time a card will be reported stolen or lost). And if stolen, there is enough information within Flipkart to perhaps nail the perpetrators.

Why are prank calls only a problem with UP? In India nearly everyone must be privy to the concept, and I’m fairly sure their prank call situation occurs all over the country.

One reason could simply be that there is a competitor who’s burning them. This is not unheard of as a strategy. In one story, a large soft drink manufacturer put a competitor out of business by buying out his entire stock of bottled drinks and destroying them – the cost of manufacturing the glass bottles is recouped by recycling them many times, and the newcomer ran out of capital to manufacture more bottles.

Even if that were the case, banning deliveries to the whole state is not a solution. And the competitor can order things worth 9,000 rupees multiple times.

Why Noida and Ghaziabad? Even if I understood why UP is a problem, the cost of delivery or return is not a problem in Noida and Ghaziabad (any more than it is in Gurgaon and Faridabad where there are no restrictions). These cities are literally next to Delhi – the Delhi Metro runs to Noida, for instance.

The only answer that might make some sense is there some sort of political angle to this – that the powers to be in UP have something to do with it. That would answer all my above questions – however, then why would they even delivery up to Rs. 10,000 in the state?

Update: While it may not be political the issue may be specific state regulations. Commenter Anon says:

UP has atrocious sales tax regulation. Each of the goods for sale to UP has to have a Form -38 issued for it by a very corrupt sales department. Each Form – 38 costs money. I guess the physical sellers just bear this cost but to an e-commerce company the margins get hit drastically on each shipment and even more when the goods can’t be delivered.

This observation fills all the gaps – any shipment to an individual needs a Form 39 (and to registered dealers, a Form 38), and this form has to be signed by the commercial tax department. These rules are different from state to state (see Blue Dart Courier’s list!) and it could just be that Flipkart doesn’t get refunded for the VAT it has to pay for unfulfilled orders, and they decided to take that risk upto Rs. 10,000 per order.

Flipkart is in the news recently for having cut many product categories including Flyte (their online music download store) and for having fired many employees. In the light of difficult FDI regulations, the conversion to a marketplace instead of owning inventory, and an increasingly itchy investor set, this news just adds fuel to the “E-Commerce is in trouble” story. 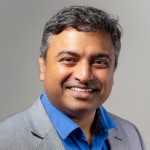