Naman Sarawagi is the Co-Founder CEO of FindYogi – a product search engine. Earlier, he was the Product Manager at ZipDial and Freecharge. Fred Wilson started a series exploring different business models on the web. His favorite is the simple 2-entity model, i-make-you-buy. This model has least number of complications. Though, the growth in this case is also slow and commoditization of the product can be an issue. The model works best for products that have very high entry barrier, IP etc. A modification of this model is introducing freemium string to it. User starts at free and pays only on hitting certain threshold on usage or features. This gives the app a testing ground, extra bit of growth through virality and most importantly saves from becoming obscure.

A further twist to this model is making the actual deliverable completely free and monetizing it through some other product. I am not talking about an advertising based model that say a typical media company would follow, i.e. free for user and monetised by advertisers. That is typically 3-entity model, I-make-you-consume-he-pays.

The model we are talking generally has 4+ entities with 2+ offerings. One internet company best known to execute such models is Google. Commoditizing software or content to drive advertising based revenue is widely used model across the web but using 1 product to solve a problem of another product is completely different model.

Let’s take some examples of products that have used this complex model.

A mobile recharge site that doesn’t charge any convenience fee is not a lucrative/sustainable business. Think of it as a money transfer company, just like BookMyShow for movie tickets or OTAs for travel tickets, no one can sustain without the convenience fee. When Freecharge started there was no recharge site that did not charge convenience fee.  So essentially this was the service being given as free to build up a database for the real problem. The results were good as the redemption rates reported by the retailers were exponentially higher than any other form of coupon distribution and it has sustained.

Though now it sounds simple, such models are very risky and very difficult to explain to best of investors.This is particularly a tough model as it requires high upfront investment until a reasonable traction is build. Also, you are trying to pull off 2 products at once.

A lot of companies have got into this model by offering something very ubiquitous for free that otherwise would cost higher and subsidize it through ads. The problem in that case is ads are a passive component and always causes distraction but in all above three cases making it free never caused any inconvenience to the user.

When you are offering something for free there has to be a bigger motive behind it than just acquiring customers in the short term. Imagine if Freecharge was trying to be the first recharge site with no convenience fee instead of what it is?Surely it would have got high number of users but that wouldn’t be a sustainable business. Free as part of business model is much stronger than as part of marketing campaign.

So what model of free is best suited and when? Let’s analyse different features of Linkedin in the three models: Say if creating a profile was a paid feature, it would be a smaller and closed network club of the elite or wannabe elite. That would be a completely different product. In the current state, it is the profiles on Linkedin that is powering the actual product of Linkedin.

If posting a job is never free the adoption of that feature would be very slow. People may not even know about it and in some way it is helping create the product. But if all job posts were by default pushed to everyone it would never be monetised and only reduce the value of the product. Incremental cost of creating a job post is negligible.

Ads on Linkedin has a cost to it as the inventory is limited. Every ad going out for free is an additional cost (opportunity cost) but a new user isn’t sure of the effect that Linked ads can bring and hence the risk of trying it has to be shared by Linkedin by offering, say, a one-time $100 free trial that can buy him some impressions, just enough to analyse the effect of the product.

There has to be a greater cause to doing something for free/cheaper than acquiring your competitors’ customers, the latter only kills the industry in the long term.

*The author was part of the initial team behind Freecharge but has no vested interest now. 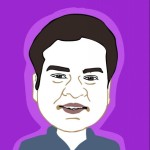