Editor’s Note: The introduction of a Statutory License for Broadcasting in the 2010 Copyright (Amendment) Bill would have been pertinent for the digital ecosystem, if it had extended to all kinds of broadcasting. However, revisions made to the Bill in August 2011 clarified that the Statutory Licence would only apply to Radio Broadcasting, thus virtually excluding the the digital domain. Note that the Copyright (Amendment) Bill is yet to be passed in Parliament, and there is a possibility for further amendments.

The ‘Notes on Clauses’ in the Copyright (Amendment) Bill, 2010, states:

The broadcasting organisation shall give prior notice, in such manner as may be laid down by rules, by stating the duration and territorial coverage of the broadcast, and shall pay an advance to the owner of rights in each work royalties in the manner and at the rate fixed by the Copyright Board. The names of the authors and the principal performers of the work shall be announced with the broadcast. No fresh alteration to any literary or musical work, which is not technically necessary for the purpose of broadcasting, other than shortening the work for convenience of broadcast, shall be made without the consent of the owners of rights.

The broadcasting organisation shall maintain such records and books of account, and render to the owners of rights such reports and accounts, as may be prescribed by rules and shall allow the owner of rights or his duly authorised agent or representative to inspect all records and books of account relating to such broadcast. However, the provision of the section shall not affect the operation of any licence issued or any agreement entered into before the coming into force of the Copyright (Amendment) Act, 2010.”

Unfortunately, this Explanation does little more than paraphrase the contents of the proposed Section without actually detailing the rationale behind its inclusion. To make matters worse is the fact that the marginal note in the Copyright Bill accompanying the text of the Section speaks only of radio broadcasting, describing the Section as a ‘Statutory licence for radio broadcasting of literary and musical works and sound recording’, as opposed to the text of the 2010 Section which contained no such restriction and spoke of broadcasting in general terms. (This in itself evinces a clear inconsistency.)

Pertinently, the understanding of the proposed licence being limited to radio broadcasting was also reflected in the ‘Memorandum on Delegated Legislation’ which states:

The revisions made to the 2010 Bill in August 2011, however, clarified the situation by unequivocally stating that the proposed Section 31D would apply only to radio broadcasters, and it thereby excluded other broadcasters.

What is critical to bear in mind is that the proposed licence is a statutory licence and not a compulsory licence. This means that the licence would be granted by the statute itself as opposed to possibly being granted by the Copyright Board upon the receipt of an application, which latter mechanism is how the existant compulsory licensing system in the Copyright Act operates.

Further, the circumstances in which a compulsory copyright licence may currently be obtained, through the Copyright Board, for the purpose of broadcasting are extremely limited.  For example: it may be possible to apply for a compulsory licence under Section 31 of the Copyright Act only if a published work is withheld from the public or if the copyright owner has disallowed broadcast on terms which the prospective licensee considers reasonable.

Further, it possible that, in deliberations regarding the proposed Section 31D, there were considerations about the accessibility of large sections of the population to radio (versus accessibility to television), that arose. And as such there may have been public policy issues at play. Any conclusion regarding whether or not this is what the drafters of the Bill had in mind is, however, speculative.

Nandita Saikia is a lawyer who deals with intellectual property, technology and entertainment law. She’s written books on Business Communication and women’s rights, and compiled one on copyright. In this post, reproduced with permission from Indian Copyright, she explains the implications of the introduction of a Statutory Broadcasting License in the amendments proposed to India’s Copyright Law. 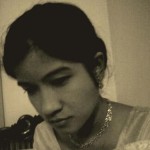